The first freight train to cross from Uzbekistan to Afghanistan since the Taliban take over arrived in Hairatan on 1 September 2021, after 17 days of no service. 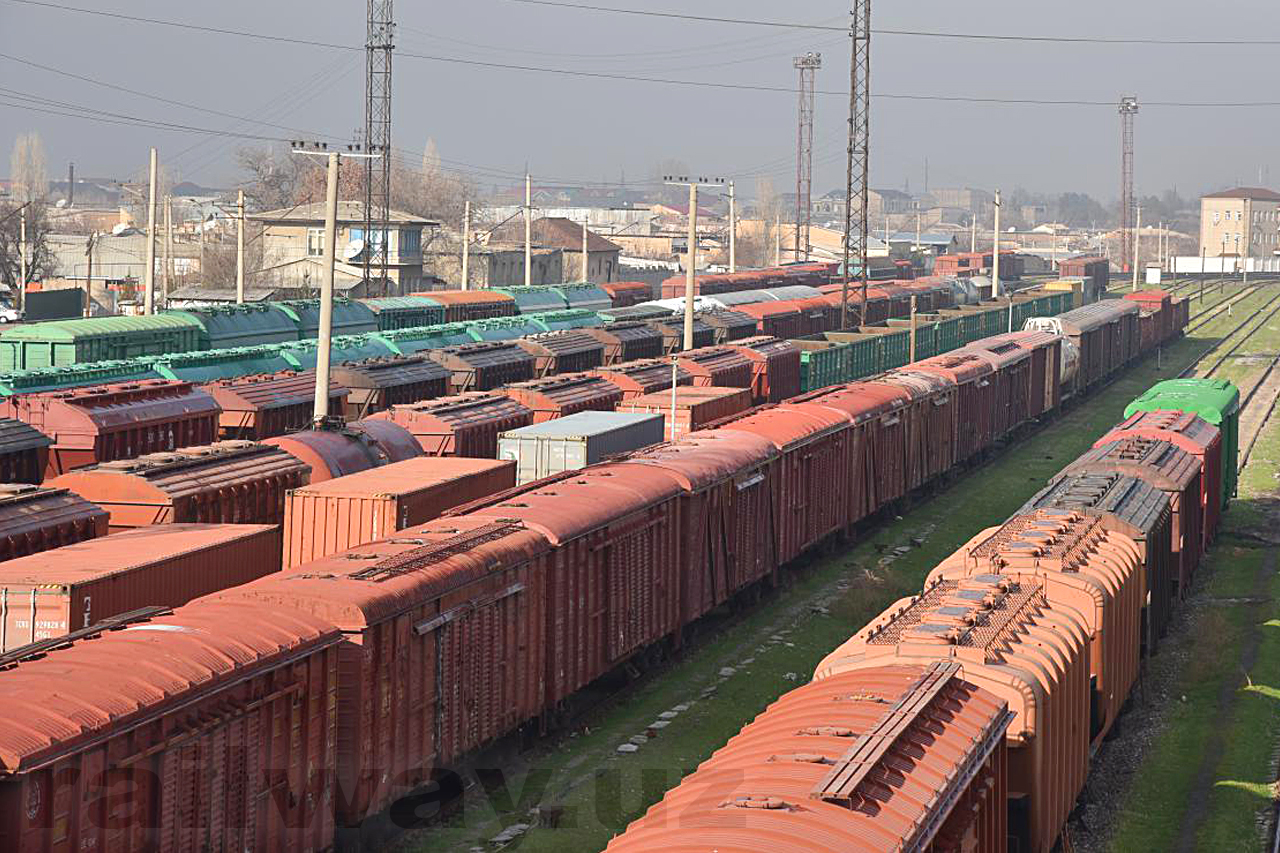 With the aim of supporting small and private-sector Uzbek exporters, Uzbekistan’s national railway UTY has launched a thrice-weekly accelerated freight service to Afghanistan. This ‘high speed’ service reduces the normal transit time from Tashkent to Hairatan from 5-6 days to 2 days.

The first of the ‘high speed’ freight trains left Tashkent on 16 April with 14 wagons, and an additional 36 wagons were attached along the route. As of 24 April 2020 four trains had been operated, moving a total of 218 wagons.

UTY said it accepts all types of cargo, and provides various types of wagons, containers and tanks. Payment is made ‘in any convenient form’, and the transport tariff remains unchanged.

The first rail shipment from Afghanistan to China via Uzbekistan and Kazakhstan was dispatched earlier today during a high-level ceremony attended by officials and diplomats from four countries in the Hiratan Port. The shipment includes 1100 MTs of goods from Afghanistan. pic.twitter.com/EmjF75Z6qc

An inaugural service carrying freight for export to China by rail left Hairatan on 5 September 2019.1 It was carrying 1 100 tonnes of talc in 41 containers, which were expected to arrive in China’s Jiangxi province in around 14 days, travelling 6 700 km via Uzbekistan and Kazakhstan.

The locomotive from Uzbekistan’s national railway UTY and the containers were decorated with banners showing the flags of the four countries, and a portrait of King Amanullah.

Guests at the despatch of the first export train included Minister of Transport Yama Yari, various national and local government officials and representatives of the embassies of Uzbekistan, Kazakhstan and China.

The first rail freight service from China to Afghanistan ran in September 2016, but the start of services in the opposite direction was delayed by bureaucratic issues.

An interesting pair of articles about Kagan/New Bukhara in Uzbekistan and the railways there.

President Ashraf Ghani’s advisor on Central Asian Affairs said after a meeting with Uzbekistan officials that Afghan traders will soon be able to export goods to China via rail once existing problems have been ironed out.
[…]
“(In 2016) the railway line was opened at the Afghanistan border (with Uzbekistan) from China as a pilot project. This will no longer be a pilot project. It will be a transit route. The railway trucks that used to return empty to China, will soon carry goods (from Afghanistan). But we need to solve problems inside our country and the commerce and industries ministry should solve the problems,” said Kargar.
[…]
“This is a big achievement. It takes us one and half months to transport goods from China, but (once the railway line opens) goods will arrive at our border in only 10 days,” said the head of Afghanistan’s Railway Authority, Abdul Bari Sediqi
[…]
Source: Officials Tackle Afghanistan-China Railway Line Issues, By Zabihullah Jahanmal, Tolo News, 24 June 2018