The cross-border railway from Turkmenistan to the Afghan border facilities at Aqina1 has been extended by around 31 km to Andkhoy,2 the first major town in northern Afghanistan. 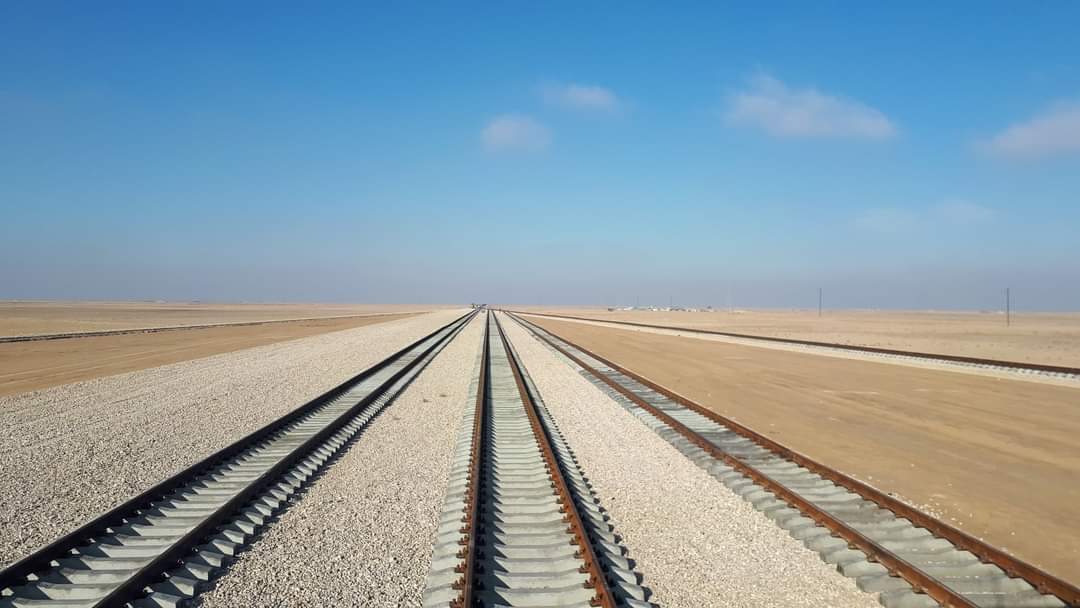 On 25 January 2012 the Afghan Minister of Mines said design work and studies for the Atamyrat – Imamnazar – Aqina – Andkhoy railway had been finalised.3

Following a March 2013 meeting between the presidents of Afghanistan and Turkmenistan, Afghanistan formally invited the Turkmen authorities to undertake studies for a 38 km route from Imamnazar across the border to Aqina and Andkhoy. 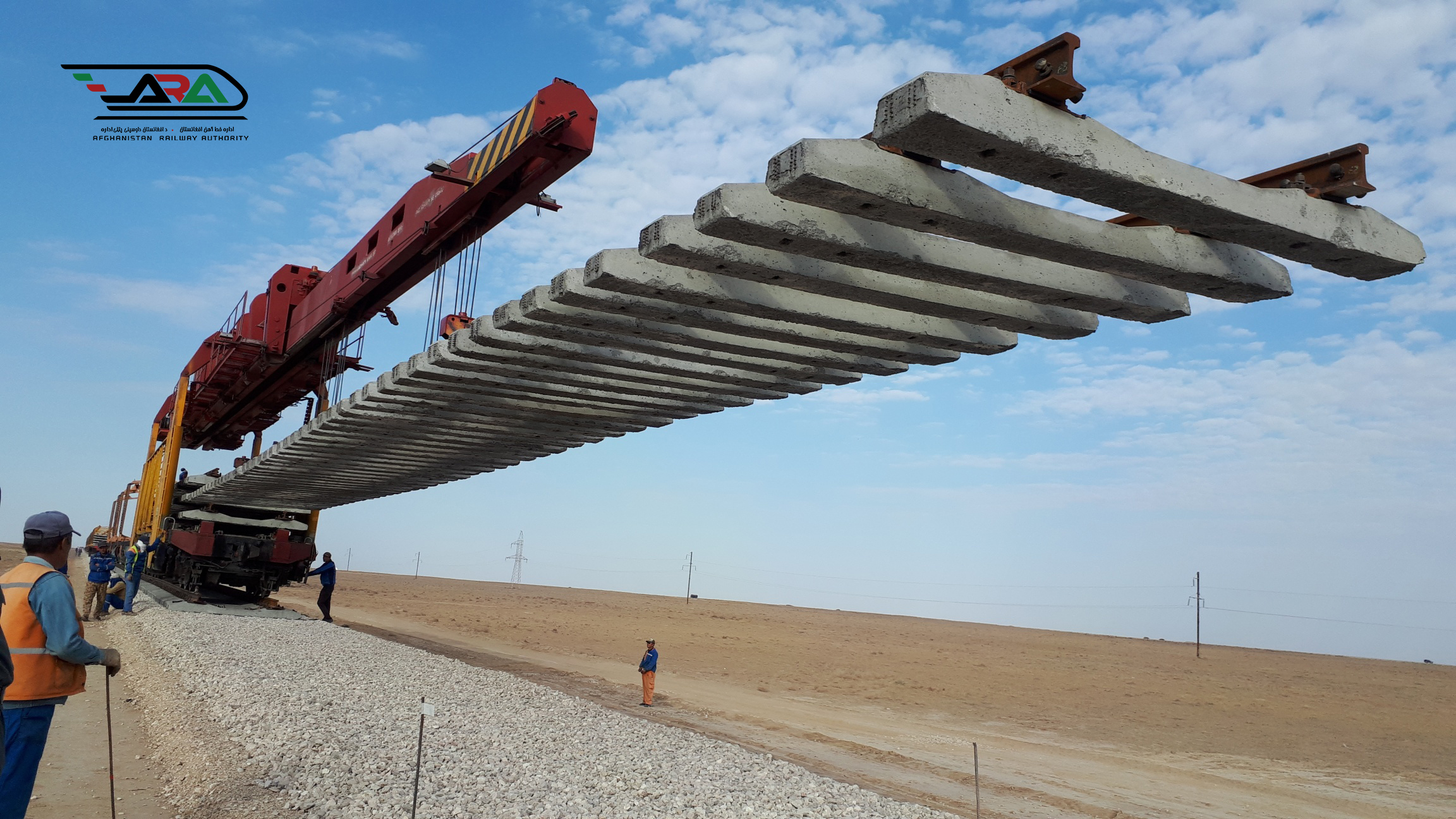 The project was funded and undertaken by the Ministry of Railway Transport of Turkmenistan. Because Afghanistan lacked indigenous capabilities for railway construction, Turkmenistan had previously agreed to take responsibility for surveying, designing and constructing the route within Afghanistan as donation to the country.4

The Presidents of Afghanistan and Turkmenistan met on 3 July 2017, and agreed to increase capacity on the line to Aqina.6 A memorandum of understanding for the expansion of the freight terminal at Aqina, including the construction of 10 track-km of main line and sidings, was signed by the Afghanistan Railway Authority and Turkmenistan’s Ministry of Railways in Ashgabat on 2 November 2018.7 Work was officially launched with a ceremony on 21 November 2018.8

Afghanistan’s President Ghani made an official visit to Turkmenistan at the invitation of President Berdimuhamedov on 21 February 2019. During this visit, a memorandum of understanding was signed for Turkmenistan to build the 30 km railway extension to Andkhoy.9 Agreements were also reached for the regulation of cross-border rail traffic.

The upgraded facilities at Aqina were inaugurated on 26 July 2019, and construction of the Andkhoy extension was officially launched.10

A government-to-government contract for design and construction of extension was signed on 4 September 2019. The works included 24 km of main line, 6 km of sidings at Andkhoy, and various small bridges, level crossings and a parallel road.11

The railway to Aqina was completed in January 2021, and an opening ceremony held on 14 January 2021.

President Ashraf Ghani said the inauguration of the Aqna – Andkhoy railway as well as other infrastructure projects between the two countries were significant steps towards further deepening relations and translating an important part of a regional connectivity vision into reality.12 He said it was a matter of immense pride that Afghanistan was renewing its long-standing relations with Central Asian countries after more than 100 years of isolation, and the bonds of friendship forged between Afghanistan and Turkmenistan were valuable for the two governments and nations.13

In the longer term it is envisaged that the line could form the first phase of a planned Turkmenistan – Afghanistan – Tajikistan route, known from its initials as the TAT Railway.

The Atamyrat – Imamnazar – Andkhoy railway is 1520 mm broad gauge, known as “Russian gauge”. This gauge is used across the entire former USSR, and on the two railways from Turkmenistan to Afghanistan and the line from Uzbekistan to Mazar-i-Sharif.