A walk along the Richmond to Hampton Court section of the Thames Path, on 24 March 2018. 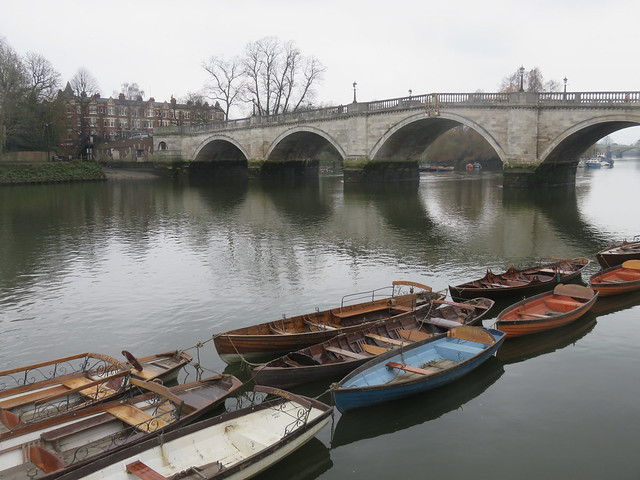 I started off by calling in at the Museum of Richmond, a small free local museum which has good model of the long-gone Richmond Palace as well as the usual local museum things.

Then it was time to head down to the riverbank. 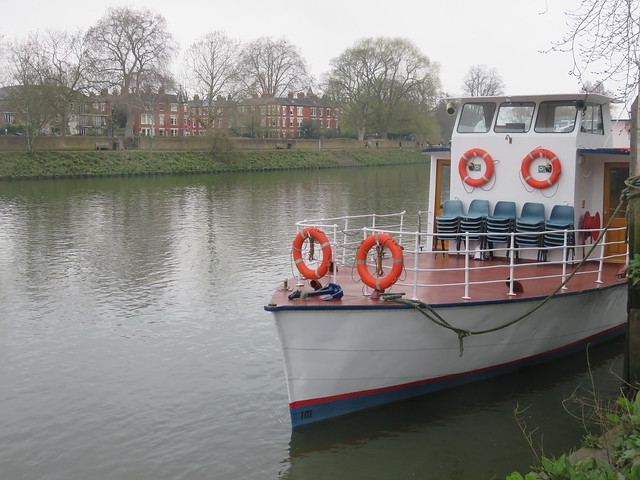 The Thames Path follows the side of the river all the way today. 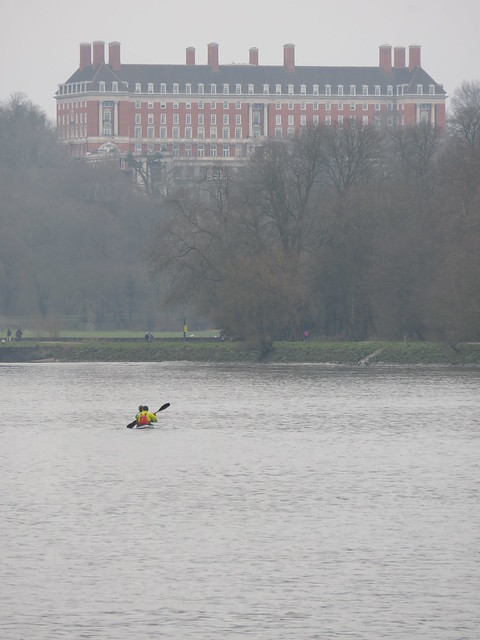 You would have to try hard to get lost on this section of the Thames Path. 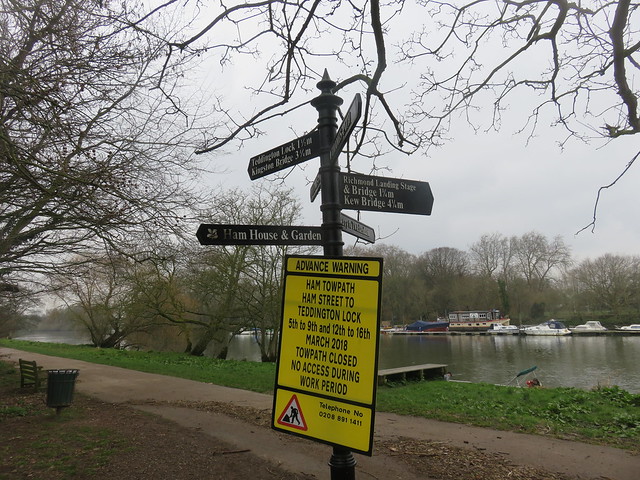 The Twickenham ferry shuttles back and forth. 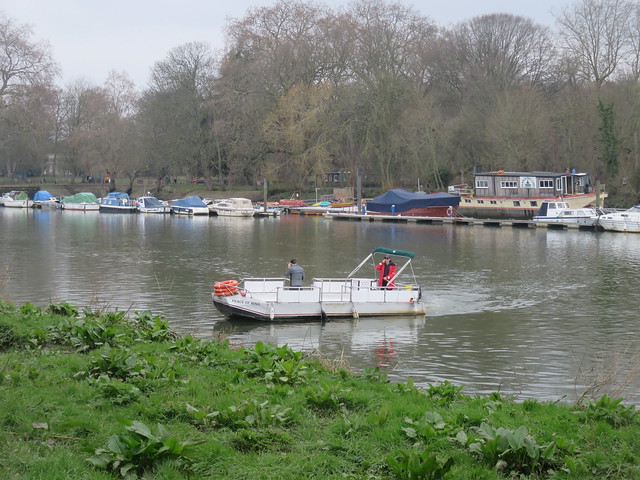 The constant stream of aircraft taking off from Heathrow ensures that you know that you are in the suburbs of London rather than the countryside. 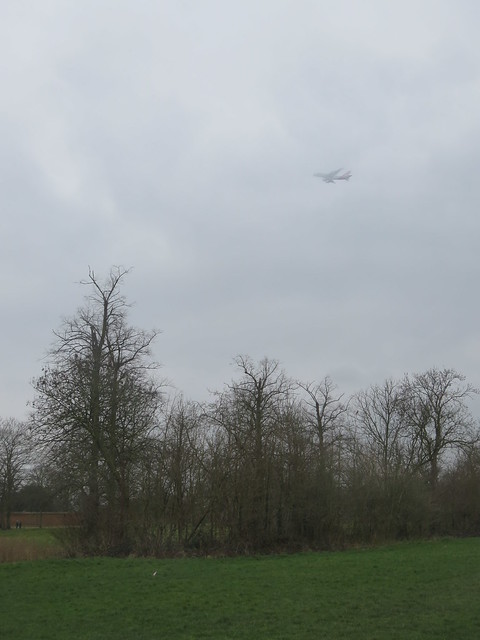 The 17th century Duke and Duchess of Lauderdale’s Ham House comes into view. 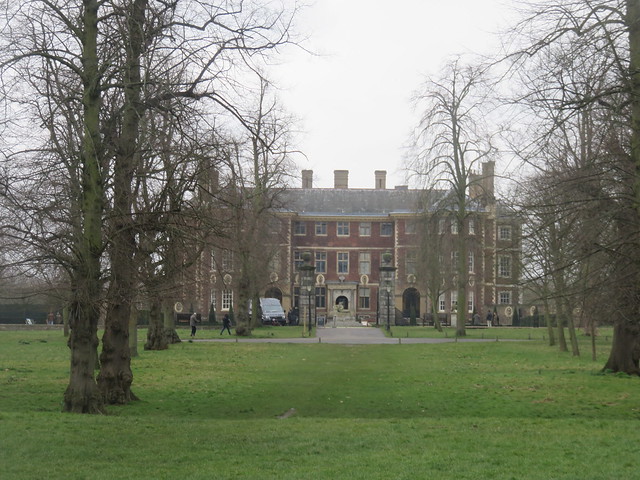 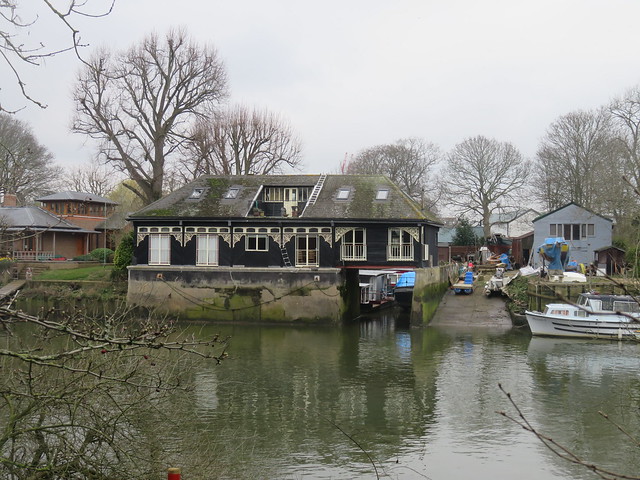 Teddington, and time for a short diversion over the suspension bridge to the pub. 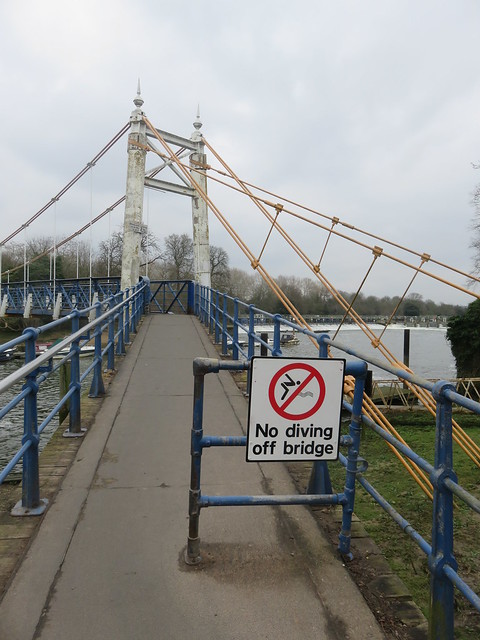 The pub sign used to show the Dunkirk evacuation, which was perhaps a more interesting choice than the current picture of some boats. 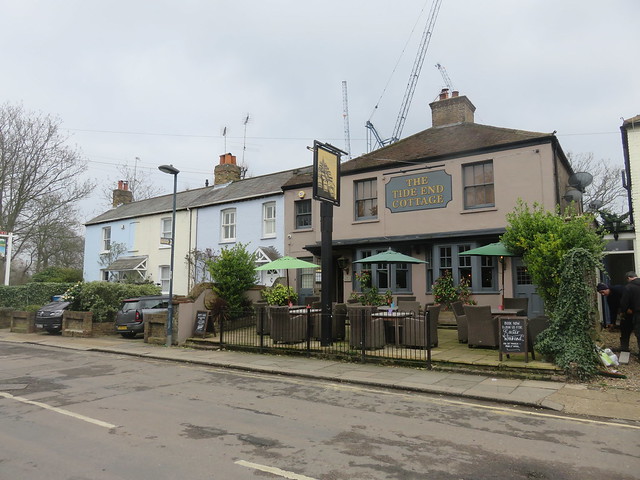 Meanwhile next door, there is no fishing at The Anglers. 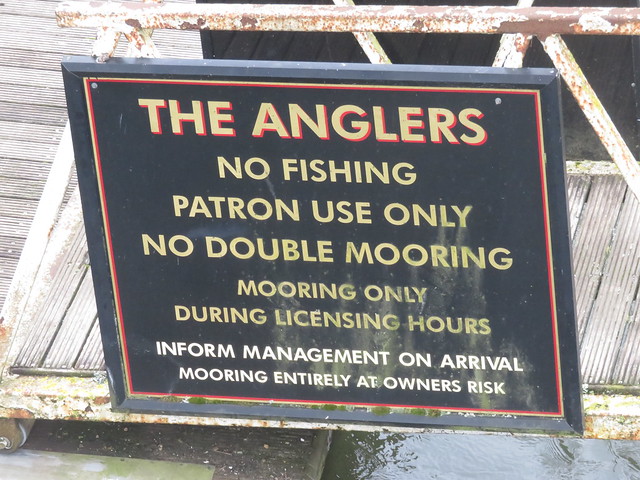 A stuffed Wallace on a fence. 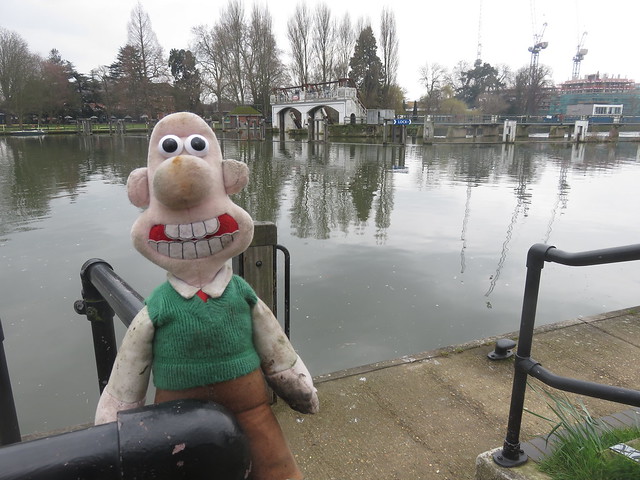 To be honest, this section of the Thames Path was a bit disappointing. Tree, river, house, river, tree. 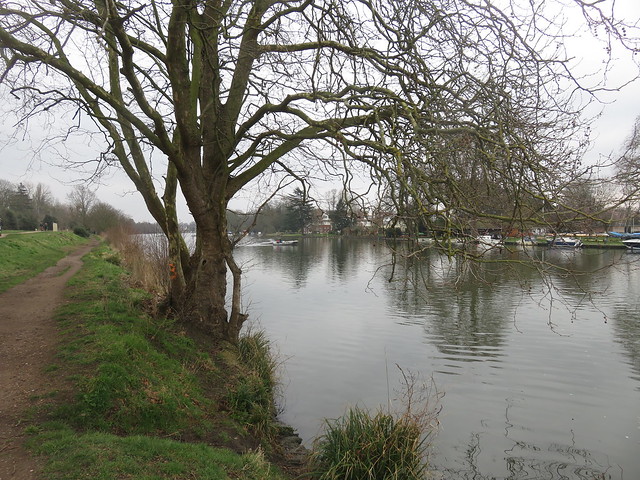 There were people out rowing and canoeing… 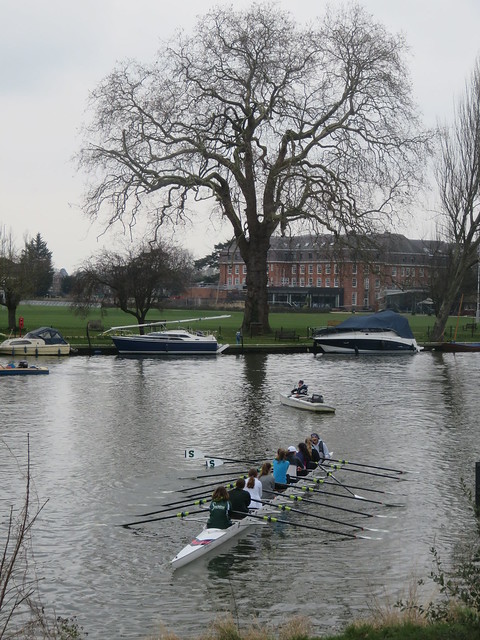 … although the biggest rowing event of the day was further downstream. 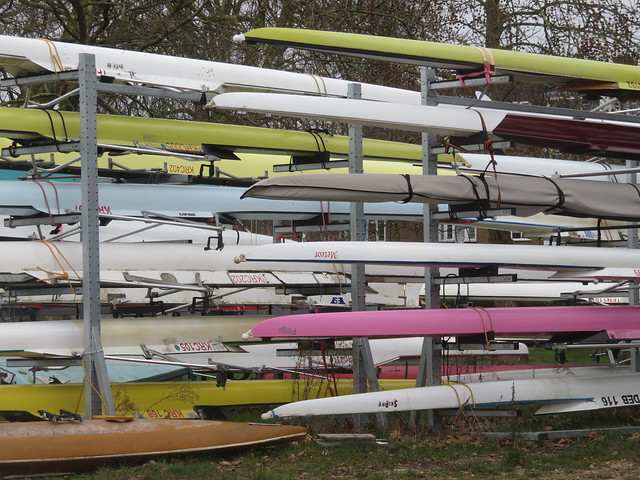 Unlike Richmond, Kingston isn’t really a river-focused kind of place. 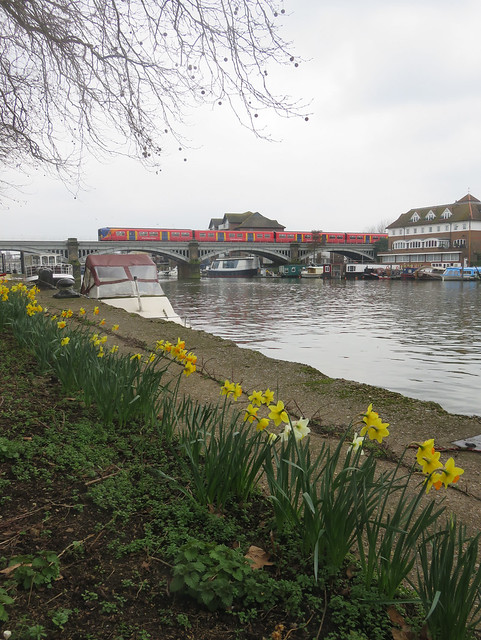 The Thames Path crosses the river at Kingston to follow the north bank (only) for the first time. Until now it had been on the south or both banks. As a result, this is probably the only point on today’s route where it would be possible to take a wrong turning. 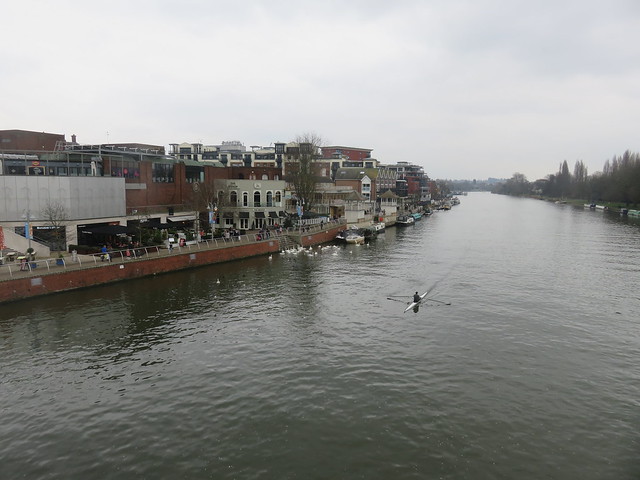 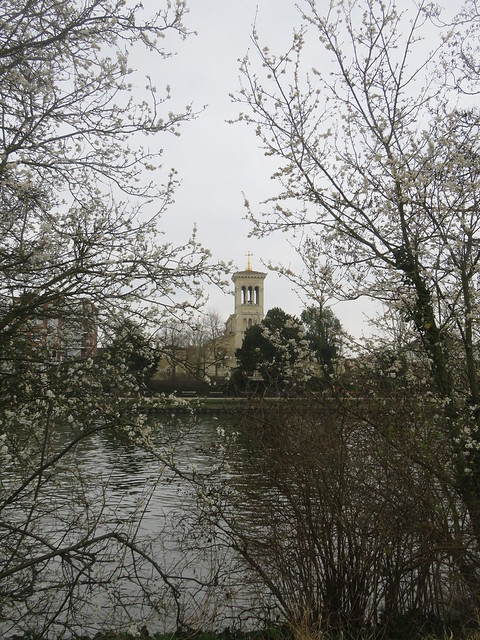 I had imagined that the section from Kingston to Hampton Court would have views of Hampton Court Palace, but you just see the wall and then fence… 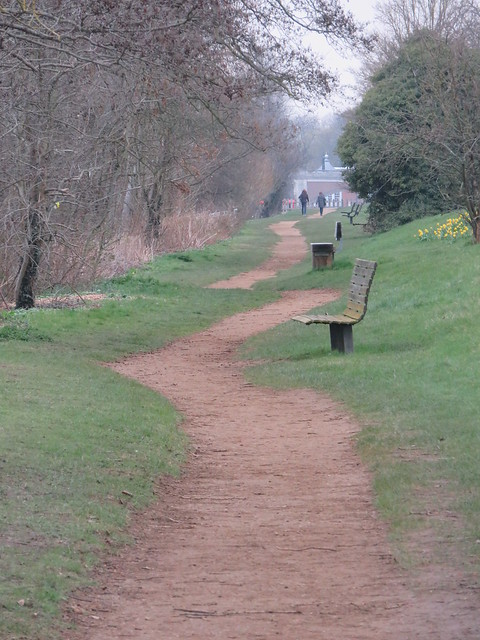 …until right at the very end. 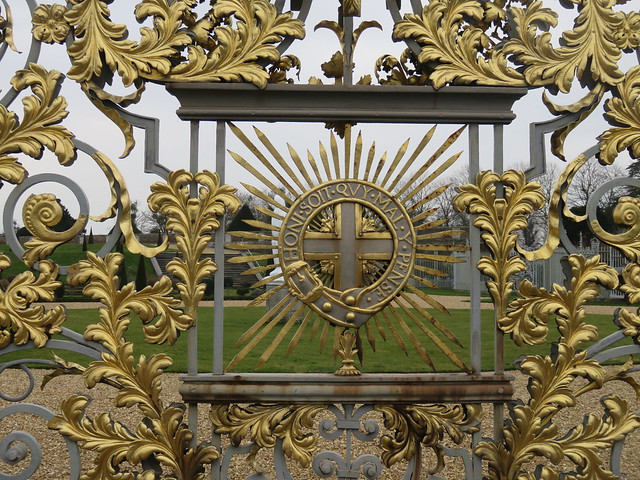 The end is in sight. 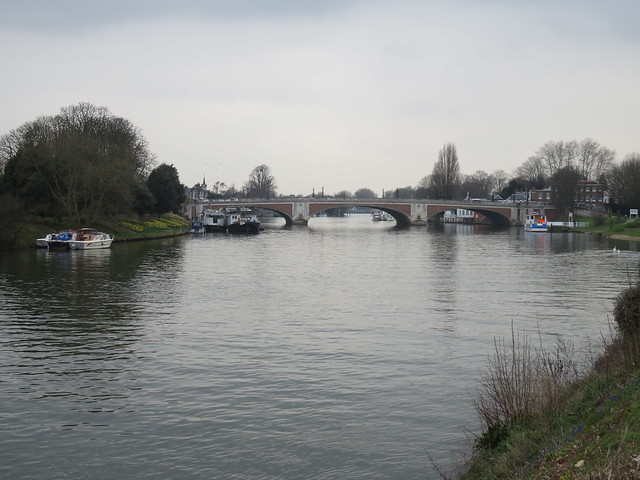 With a detour to have a quick look at the palace. 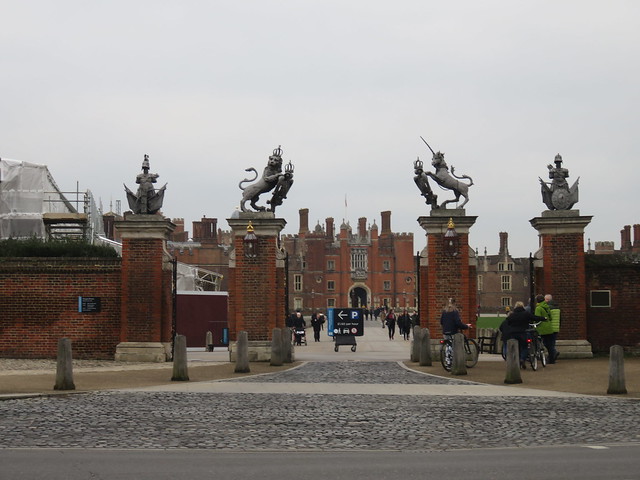 Only 147 miles to go to reach the source! 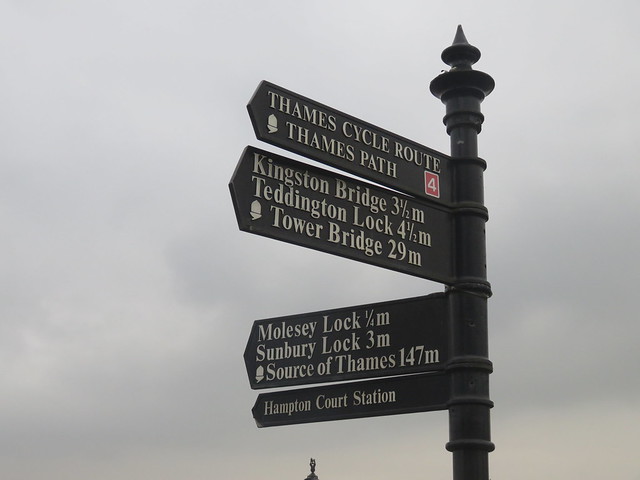 One thought on “Thames Path – Richmond to Hampton Court”