VISITOR CENTER is pleased to present its inaugural exhibition ‘Sound Mirror,’ a solo exhibition by Audra Wolowiec featuring works on paper and sculptures investigating the materiality of sound and their visual manifestations.

Sound or Acoustic Mirrors are large parabolic cement structures that were built along the coast of England in the early 1900’s as listening devices to detect the approach of enemy aircraft. Soon made obsolete by new technology, these architectural forms punctuate the landscape, as reminders of the physicality of sound. Works in the show, from large handmade paper waveforms, to cast concrete and ceramic sculptures, mine materiality through surface echoes and reciprocal wave patterns. These series are in conversation with Wolowiec’s work with language-based sound scores in print and book form.

The exhibition is at Newburgh in New York state, USA, and is open from October 9 to December 18 2021

1:200 scale sound mirror made for the Royal Academy Summer Show 2015. “This concept model was made from acrylic and brass etching. It was predominately a flat base with a contoured detail depicting part of the Essex coastline. The idea was based on the concrete radar reflectors built during the Second World War.” Artist Hannah Sawtell, architect Friend and Company.

This talk will see guest speakers discussing their experience in researching the history & archaeology of sound mirrors & acoustic detection in Kent. Please be aware the event will be subject to social distancing.

Peter Osborne was involved in publishing Richard Scarth’s important work on acoustic detection “Echoes From the Sky” & has conducted much personal research on the subject for books & articles.

Robert Hall has researched sound mirrors & contributed to publications on acoustic detection. He was also instrumental in assisting the National Trust’s excavation of the Fan Bay sound mirrors in Dover, 2014.

….is happening along with

East Cliff Bandstand, Wellington Crescent, Ramsgate
This exhibition assesses the history of Kent’s coastal sound mirrors & their role in an unusual history of acoustic detection, for which the East Kent Coast played such a crucial part.

They have a pair of sound mirrors facing each other @exploratorium. Students always look happy trying them out. I can't help but think of those who spent many lonely hours in them during WWII, worried that if they didn't listen carefully, people could die! pic.twitter.com/tQydlM3wvl

A WW1 acoustic mirror lovingly preserved in the middle of a modern housing estate in Redcar, Cleveland. pic.twitter.com/BmtPkGoTL2

The East Kent Coast Discovery Programme has received Arts Council funding to host an exhibition and installation on sound mirrors as part of the Ramsgate Festival of Sound.

The event will be at the Eastcliff Bandstand, Ramsgate, CT11 8JL, from Thursday 10 September until Sunday 13 September 2020.

re)collecting (f)ears is a series of site-specific performances at fallen sound mirrors across the Kent coast. The project will culminate with a publication produced by Well Projects and an exhibition of photographic & film documentation, exhibited at ]performance s p a c e [ (Folkestone) and Well Projects (Margate).

These sonic remains are physical manifestations of pre-war tensions and fears – initially built to provide defence, they are now succumbing to elemental erosive forces along the coasts of England. As relics of an early warning system that never came to fruition, their failure to serve their intended function could be seen to occupy the space of a fossilised mourning for a future that never came.

More on Facebook and at selinabonelli‘s website. It seems there is something happening in Folkestone on 14 and/or 21 September 2019.

Join us at 13:45 at Warden Point on the Isle of Sheppey on 15 Aug, for the third in a series of site based performances at fallen sound mirrors across Kent, by artist @selinabonelli. Curated by ]performance space[ @aplaceofaction. pic.twitter.com/grqM3IB7f8

There is a workshop and site-specific performance at the fallen sound mirror at Warden Point tomorrow from 1:45pm. @whitbienn

Find out more and the plan for the day at this link. https://t.co/k7mM3DDn8D

The first in a series of site-specific performances at sound mirrors across the Kent coast https://t.co/31HP2OjnmM via @wordpressdotcom pic.twitter.com/Jcpqj0RxMM

Places of Poetry “aims to use creative writing to prompt reflection on national and cultural identities in England and Wales, celebrating the diversity, heritage and personalities of place. The site is open for writers to pin their poems to places from 31st May to 4 October 2019.”

A comparison of the 1941 watercolour painting “Bombing the Channel Ports” by war artist Eric Ravilious, and the same view of the Abbott’s Cliff sound mirror on 13 August 2017.

The painting is described by the Imperial War Museum as showing “a deserted coastal road that leads past an ‘acoustic mirror’ early warning device. In the top right of the composition there are searchlights beaming up into the sky, and a large circular glow of light to one side.”

The Selsey sound mirror in August 2018. 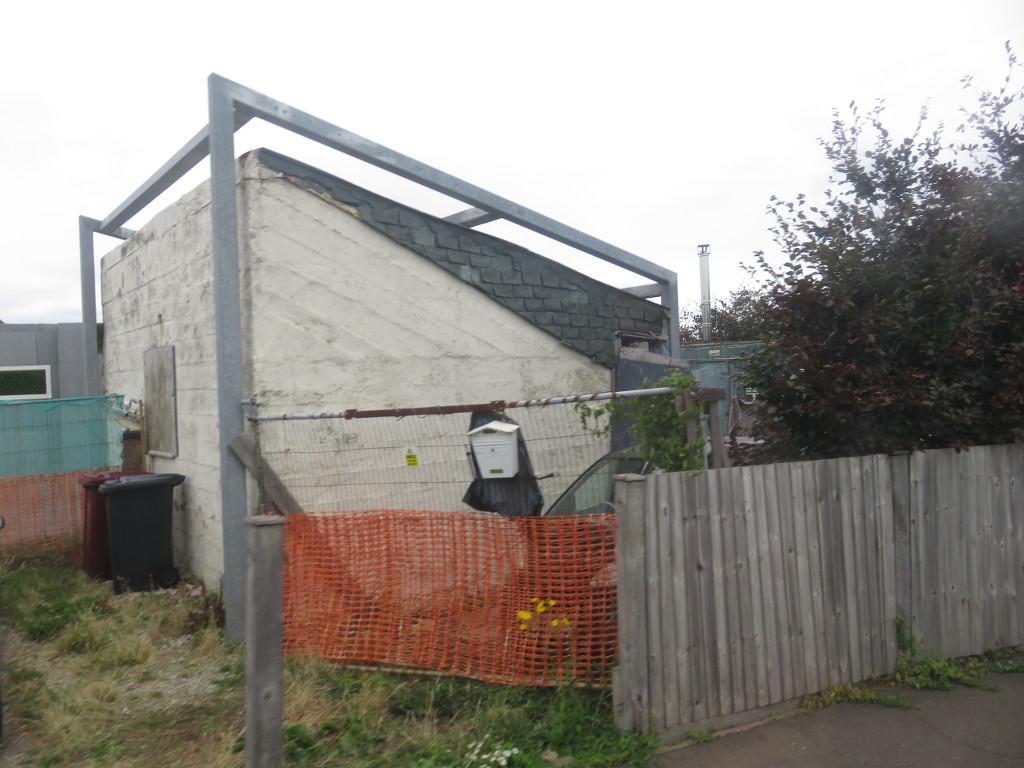 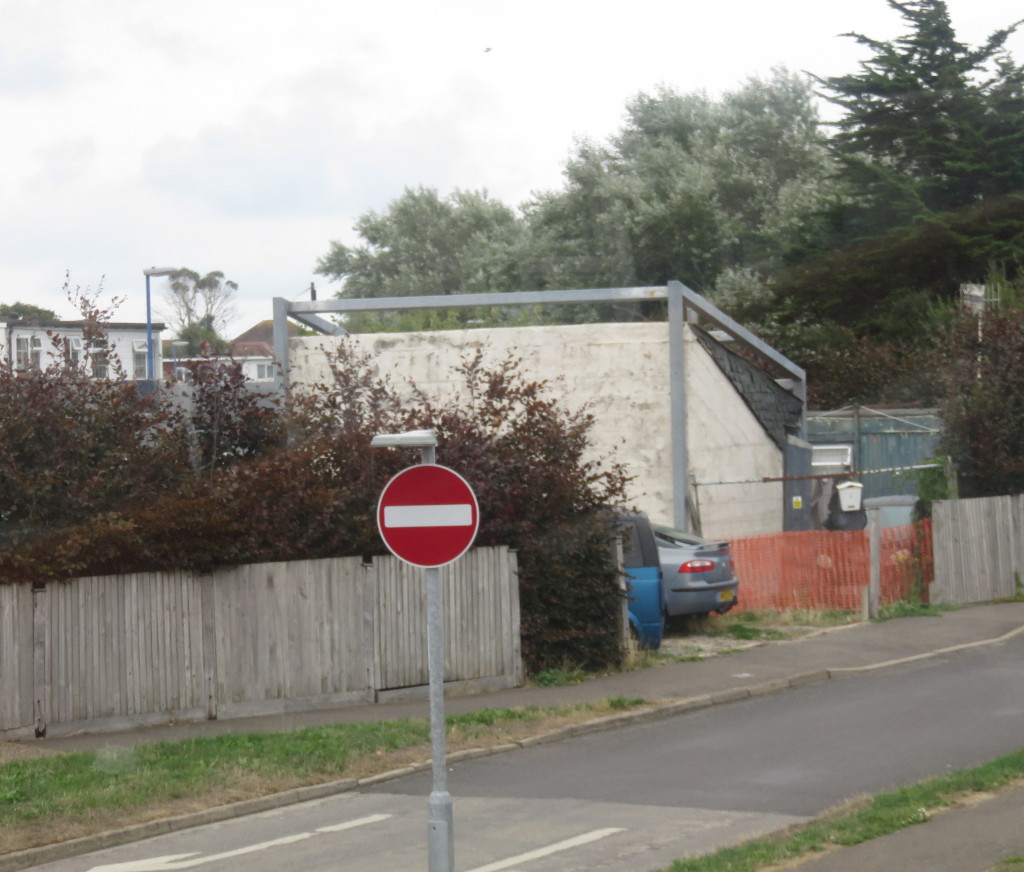