There is a Grade II-listed Word War I sound mirror at Namey Hill in Fulwell, to the north of Sunderland.

The City of Sunderland website notes that it is thought that the Tees/Tyne early warning system dates to the last two years of the [first world] war.  This mirror faces east and was positioned to cover the approaches to the Tyne and Wear estuaries.  There were probably other mirrors as part of the Tyne and Wear defensive chain but the location of these is currently unknown. 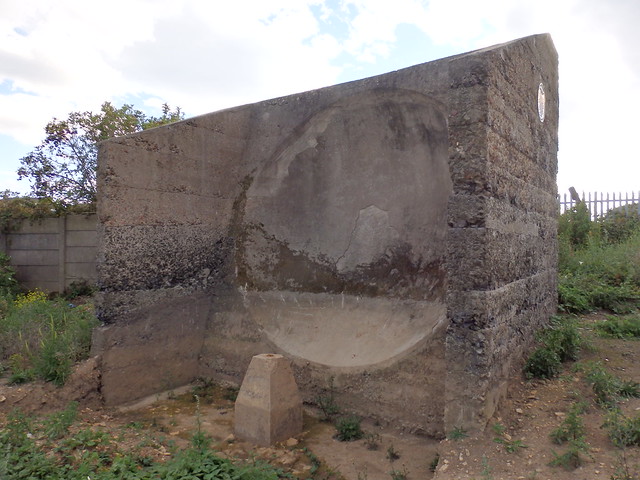 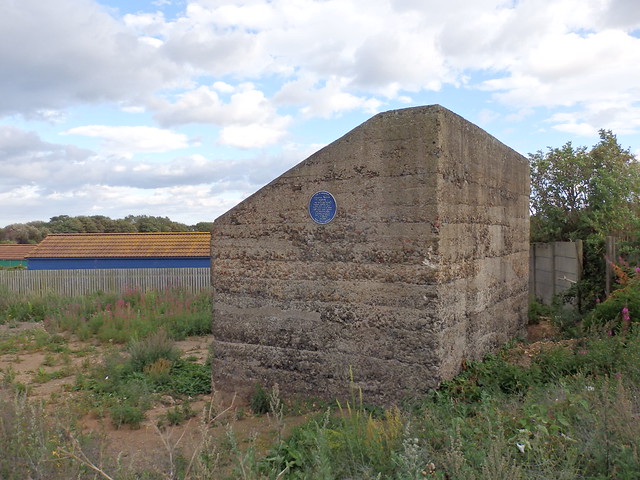 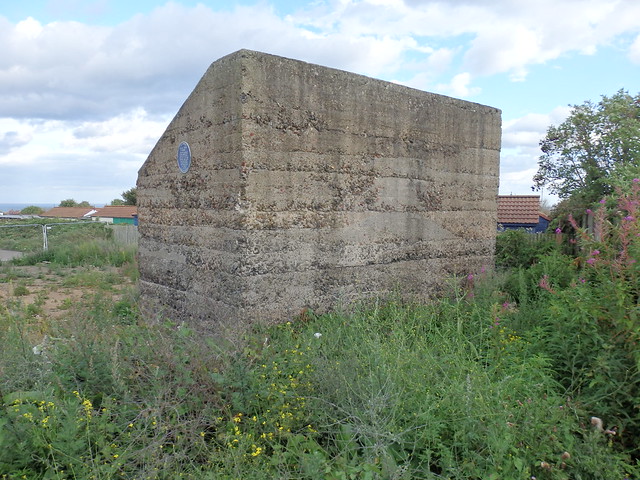 There is a blue plaque on the north side of the mirror explaining what it is. 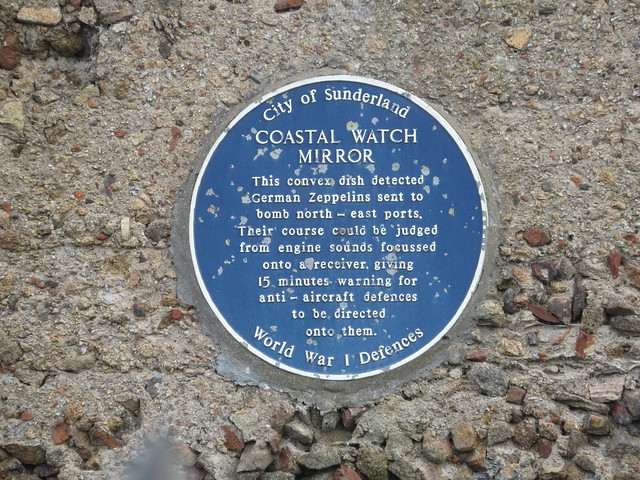 COASTAL WATCH
MIRROR
This convex [sic. It is concave] dish detected
German Zeppelins sent to
bomb north – east ports.
Their course could be judged
from engine sounds focussed
onto a receiver, giving
15 minutes warning for

anti – aircraft defences
to be directed
onto them. 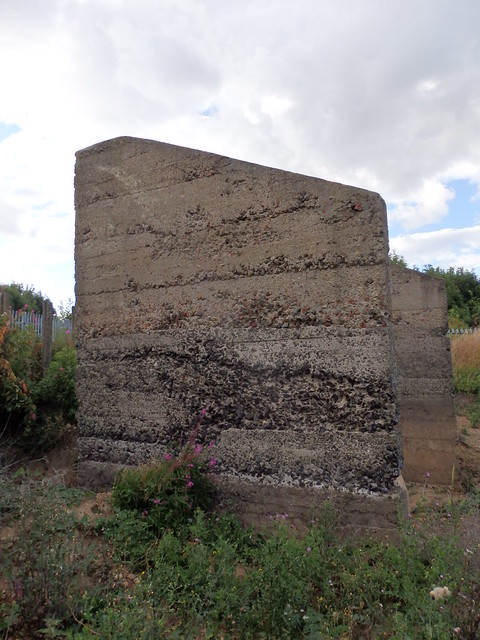 The front of the Sunderland sound mirror is inclined at approximately 11 degrees to the vertical.  The rear wall is 5.8 m long, and 4 m high, and the flanking walls are 3.9 m long. 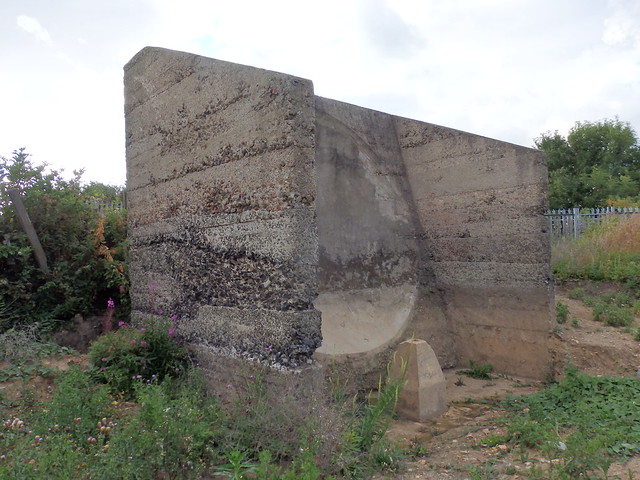 The city council website says the sound collection equipment at Sunderland might have been slightly different to at the other mirrors: “The reflected sound was detected by a microphone placed in front of the dish and then transmitted to the headphones of the operator who sat in a trench to the front.  The location of the operators trench is currently unknown.  It has been suggested that at this mirror the microphone was secured in front of the dish by wires attached to the side walls,  so allowing it to be variably positioned. This differs from other mirrors in the north east where the microphone was fixed on a metal post in front of the dish.” 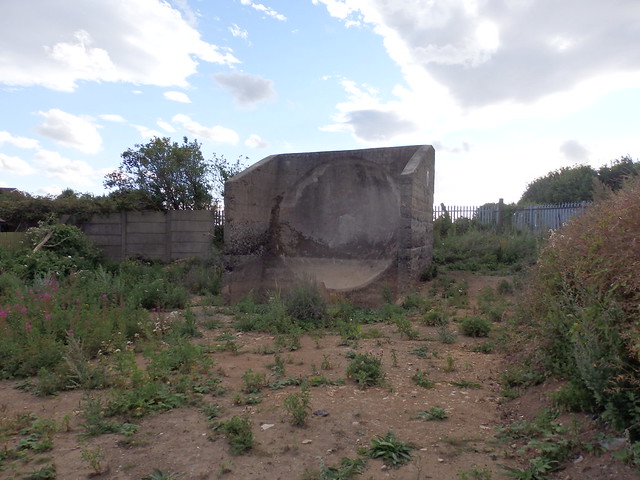 Work to restore the sound mirror got underway in 2014.

This acoustic mirror is easy to visit. It stands on a gently sloping hillside, 2 km from the coast at Newcastle Road, Fulwell. The City of Sunderland website has a map showing where it is, on Namey Hill, 570 m north of Carley Hill Cricket Ground (Grid reference NZ38945960).

It is alongside the bridleway about 200 metres west of the Sunderland to South Shields road. Access and parking can be found down the unmade road which starts a short distance north of the Fulwell Windmill.

News and updates about the Sunderland sound mirror.

One thought on “Sunderland sound mirror”