Walking the Thames Path from Shiplake near Henley to Tilehurst near Reading.

A nice simple start today; step off the train at Shiplake station on the Henley branch line and you are on the Thames Path. 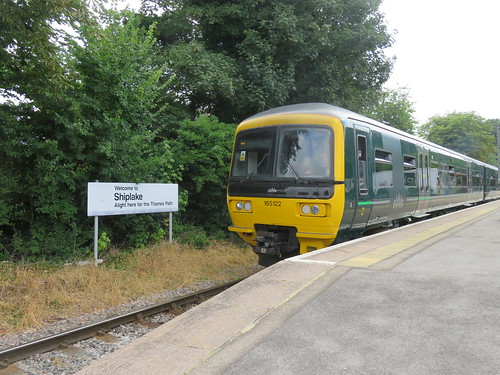 For some reason the Thames Path runs inland, rather than on the river bank, although the map suggests a riverside footpath exists. 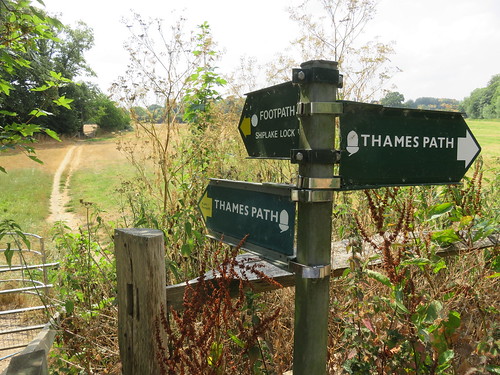 Leaving the road, the path heads through a field to a lock with a slightly remote feeling. Boats were pasing through, with the topic of conversation being someone who has apparently been banned from taking his boat through a bridge after hitting it too many times. 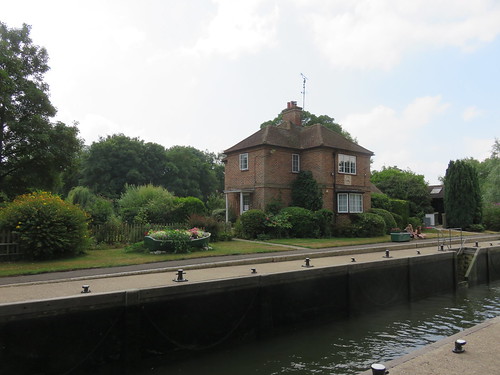 The next few miles are a pleasent riverside walk, with boats to the left, fields to the right and red kites overhead. 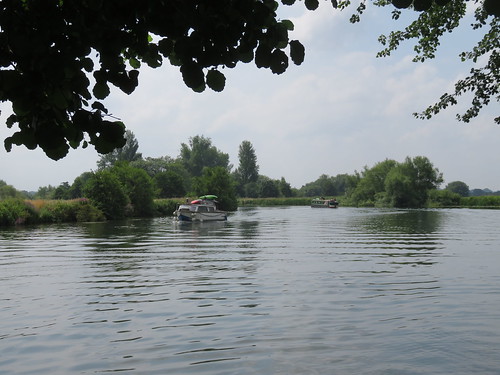 The Thames Path passes through the riverside grounds of a school. 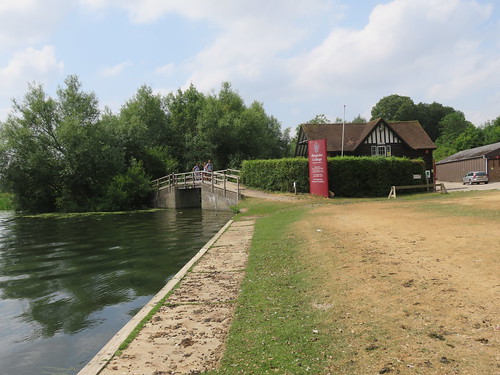 There was a surprising number of boats moored along this section of the river. And someone was playing the guitar on the opposite bank. 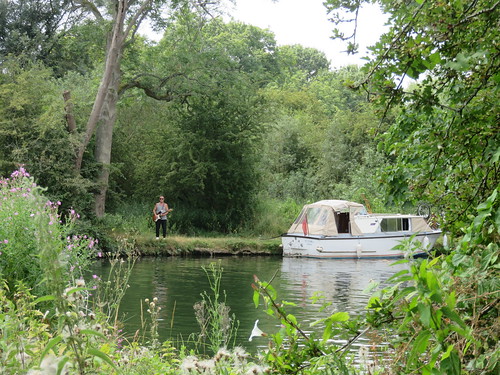 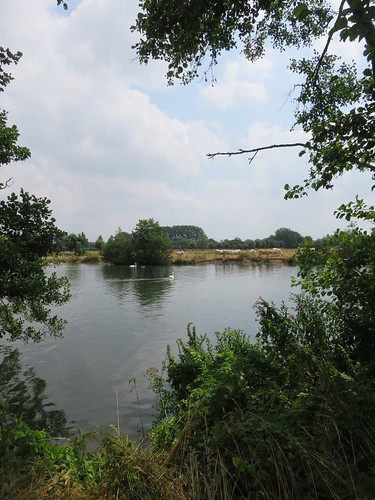 The attractive but traffic-clogged and suprisingly hard to photograph bridge at Sonning. 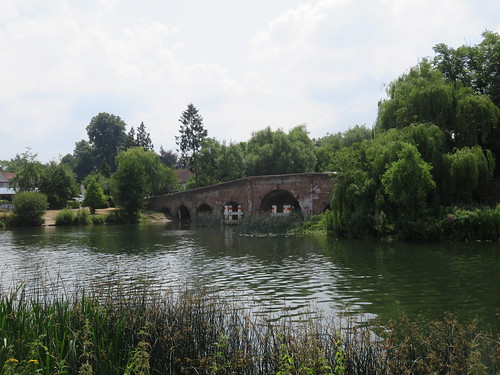 The pretty-and-they-know-it-is Grade II* listed timber-framed Bull Inn seems to be a compulsory stop when walking through Sonning. The church next door was open too. 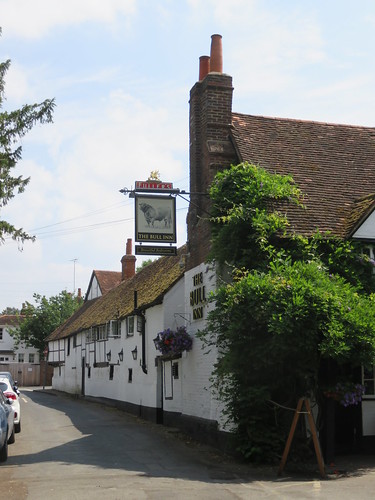 Another busy lock, where someone asked me if I had seen her dog which had run on ahead of her. 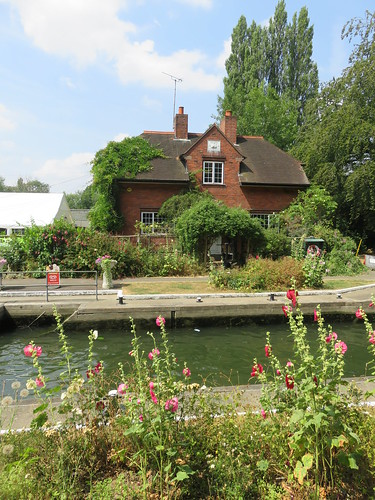 Troll Bridge had a disappointing lack of Scandianvian creatures bothering goats or winding up people up on the internet. 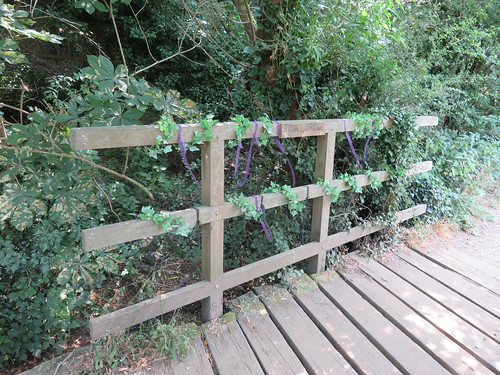 A floating party on inflatables out on the river. 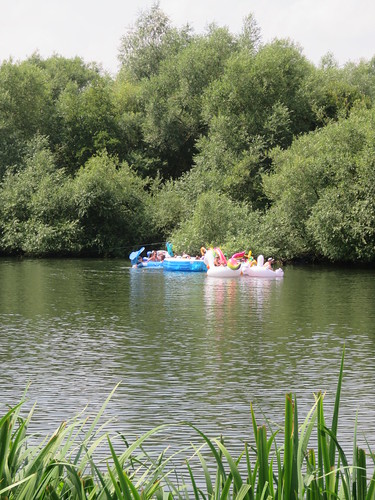 The town of Reading seems to avoid the River Thames. 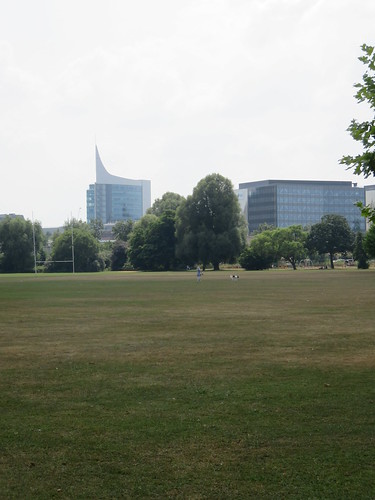 Next come the bridges between Reading and Caversham. First is the imaginatively named Reading Bridge of 1923. 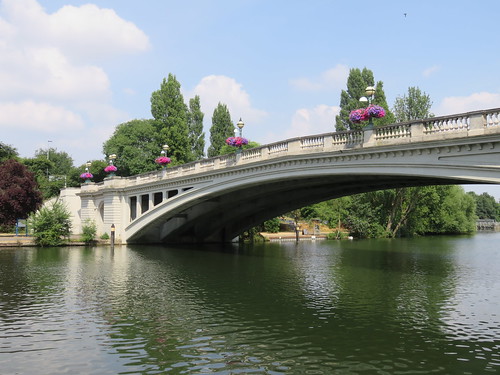 Next is Christchurch Bridge, opened in 2015. 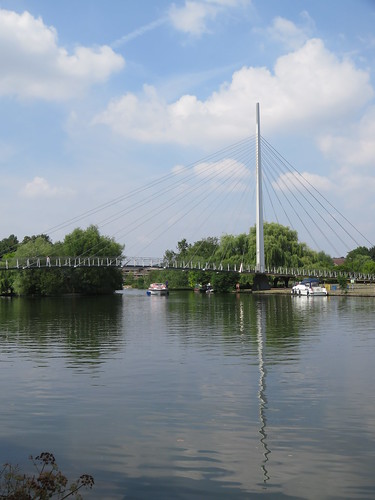 And finally Caversham Bridge, opened in 1926 on the site an ancient bridge. 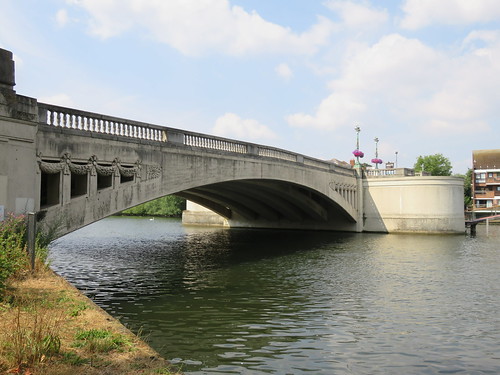 The path runs along Reading’s Thames Promenade, which was being used for a canoe competition. 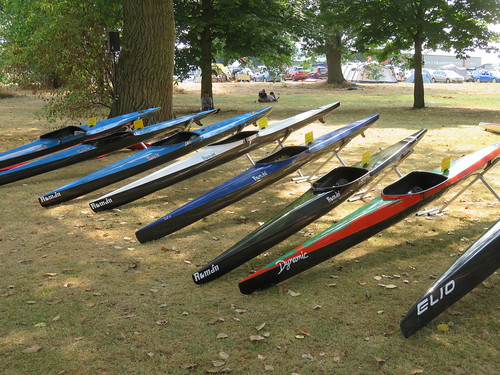 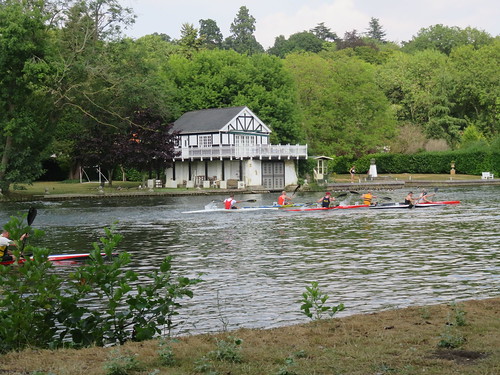 Back into the countryside again, before the path runs along a narrow space between the river and the elevated route of the adjacent railway. 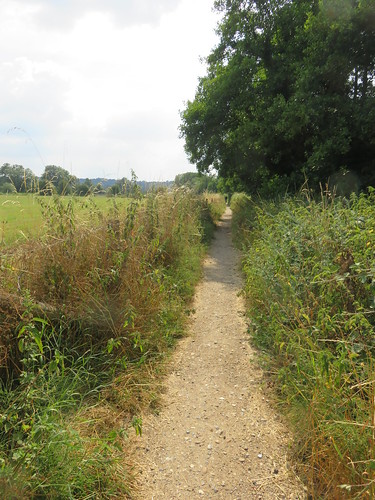 A footbridge leads over the railway, for a double-back to Tilehurst station and the end of today’s walk. 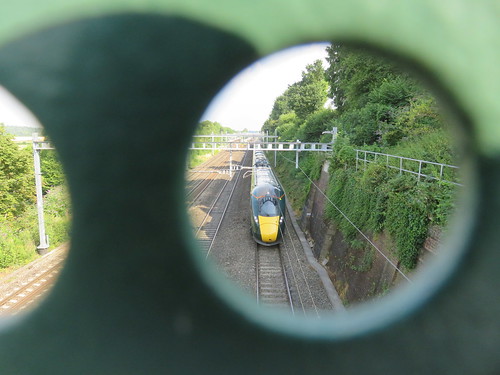