A walk along the second – at least when heading upstream – section of the Thames Path National Trail, from London Bridge to Putney. 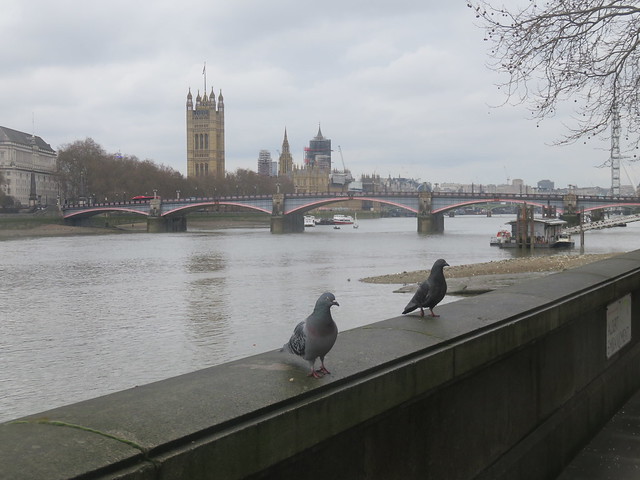 The section through central London is one that I’ve walked along many times before, but beyond the London Eye was newer territory for me. The first section is packed with tourists, but numbers thin out as the views of world-famous landmarks of the City and Westminster are replaced by views of flats and building sites. At times I felt the odd person out on this section of the path, being one of the few people who was not a dog walker or a lycra-wearing jogger.

The Thames Path more-or-less follows the river bank, with a few diversions where the river bank is built up or around construction sites. In some places the offical route appears to divert inland even though there is in fact a riverside path; perhaps the direct path might be a recent addition or not a public right of way.