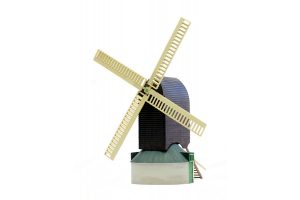 Is the Airfix (and now Dapol) plastic kit for a OO scale model windmill based on a real prototype? The church kit is based on the real church at Bonchurch on the Isle of Wight, and the signal box is famously based on one at Oakham in Rutland.

After comparing various details, I suspect the windmill kit is based on the real one at Outwood in Surrey. 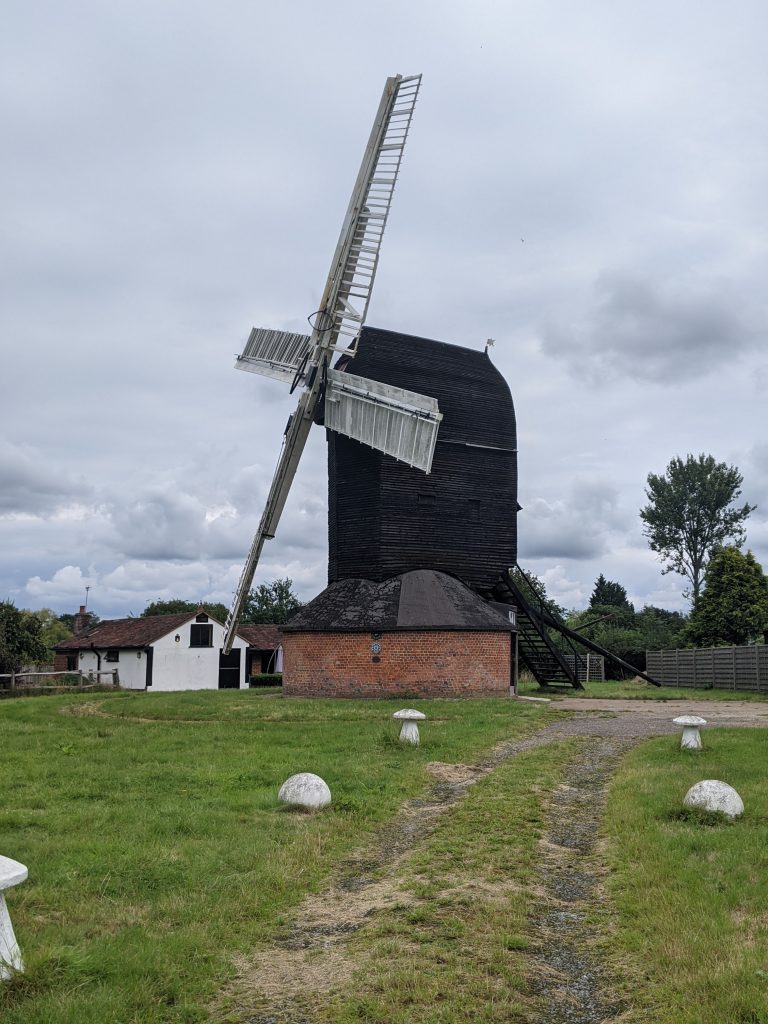 Factors leading me to think the model kit is based on Outwood are:

More speculatively, Outwood mill was said to be the oldest working post mill in Britain,3 and attracted interest from preservationists4 before the kit was first introduced in 1958,5 so might have come to Airfix’s notice.

Some photos of Outwood mill on 2 August 2021, in case they are of use to anyone planning to superdetail a model kit. 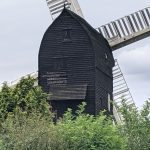 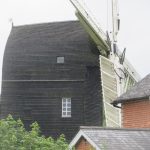 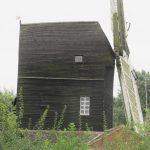 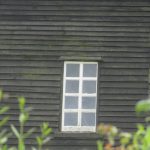 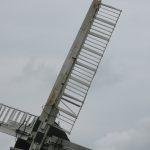 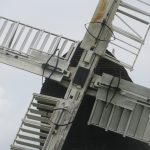 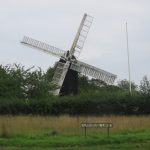 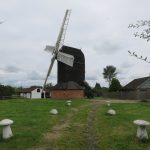 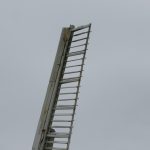 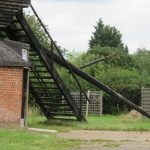 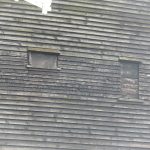 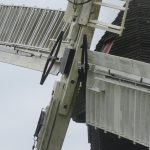 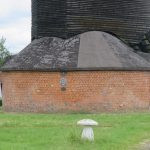 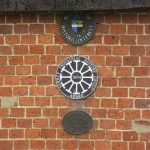 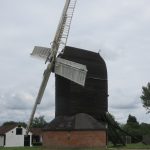 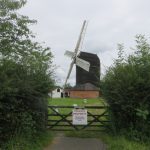 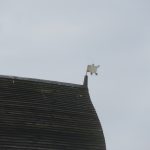 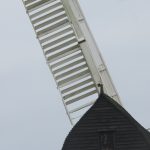 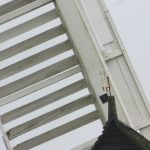 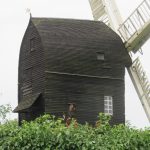 Historic England describes the Grade I listed Outwood windmill as:6

Post Mill. 1665 restored in C19 & C20. Oak substructure on whitewashed brick circular base with felt pent roof. Weatherboarded above with 4″ slatted pine sails. Steps and post to rear with board door under shallow pent roof. 2 casement windows in sides and boarded openings to rear, further doors under transome lights in sides of circular base.

Interior: Mill machinery remains largely in working order. Oak crowntree 21 inches square is inscribed with date 1880. Reputed to be the oldest working Windmill in the country.

Various other candidates for the real windmill have ben proposed on web forums and elsewhere. Addressing some of the possibilities which have been raised: