While walking the LOOP footpath on 20 April 2019 I noticed this unusual memorial in the style of a classical temple in graveyard of St Giles church in Farnborough, near Orpington in Kent. 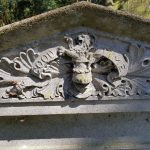 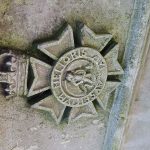 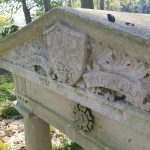 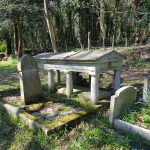 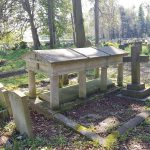 Googling the name finds that it is the grave of Sir Francis Henry Evans, 1st Baronet KCMG (29 August 1840 – 22 January 1907), a civil engineer, businessman and Liberal politician. He was involved in the construction of the London & North Western Railway, and railways in Brazil and Newfoundland.

He went into politics, being elected MP for Southampton in 1888. As he was travelling from Newfoundland during the election campaign, it was run without him with his wife representing his interests.

Read about him on Wikipedia at https://en.wikipedia.org/wiki/Sir_Francis_Evans,_1st_Baronet.