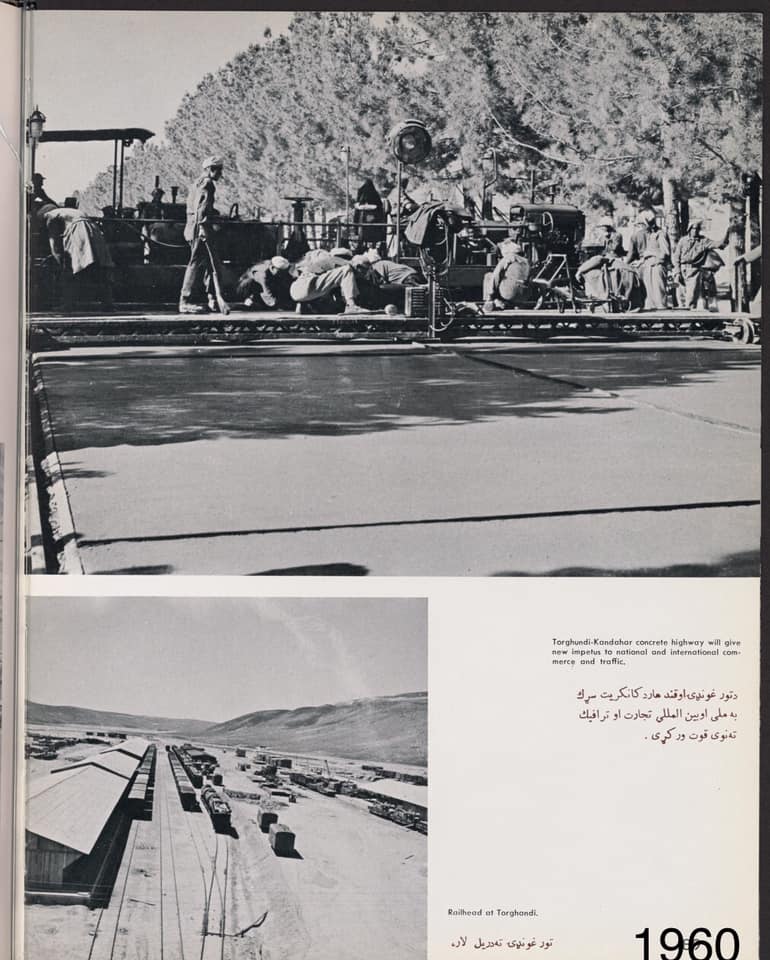 View from the trans-Amu-Darya railroad: The friendship between the peoples of the USSR and Afghanistan is indestructible pic.twitter.com/fdiVJJbNrG 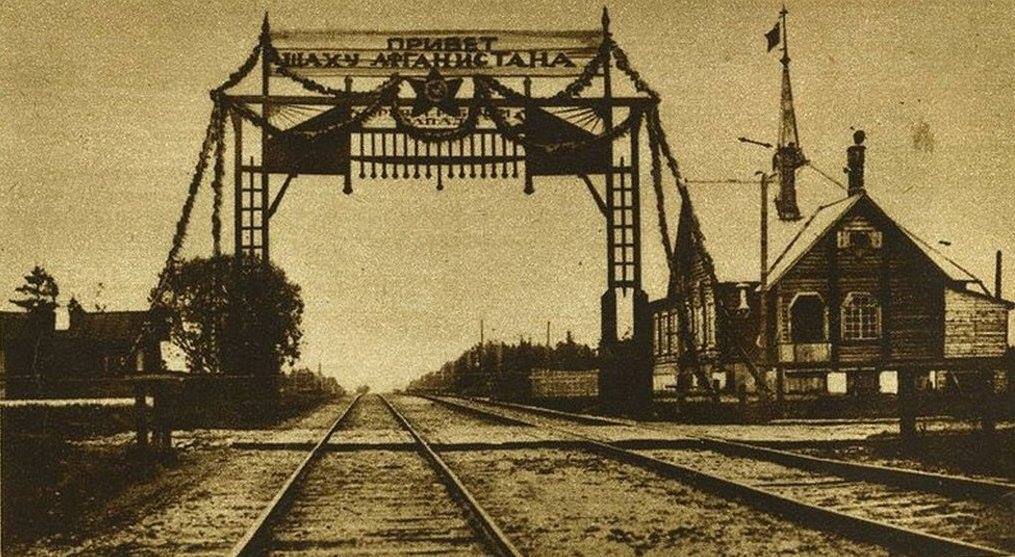 The border between between Poland and the USSR decorated with a banner saying “Hello Shah of Afghanistan” when King Amanullah of Afghanistan passed through by train on his way between Warsaw and Moscow on 2 May 1928.

Amanullah left Warsaw1 by train on the morning of Wednesday 2 May 1928.

Białystok station was decorated with Polish and Afghan flags. The visit of an exotic guest attracted people to the station, but the police only allowed people with special passes on to the platform. Representatives of administrative and military authorities, social organizations and the press started arriving at the station at noon. 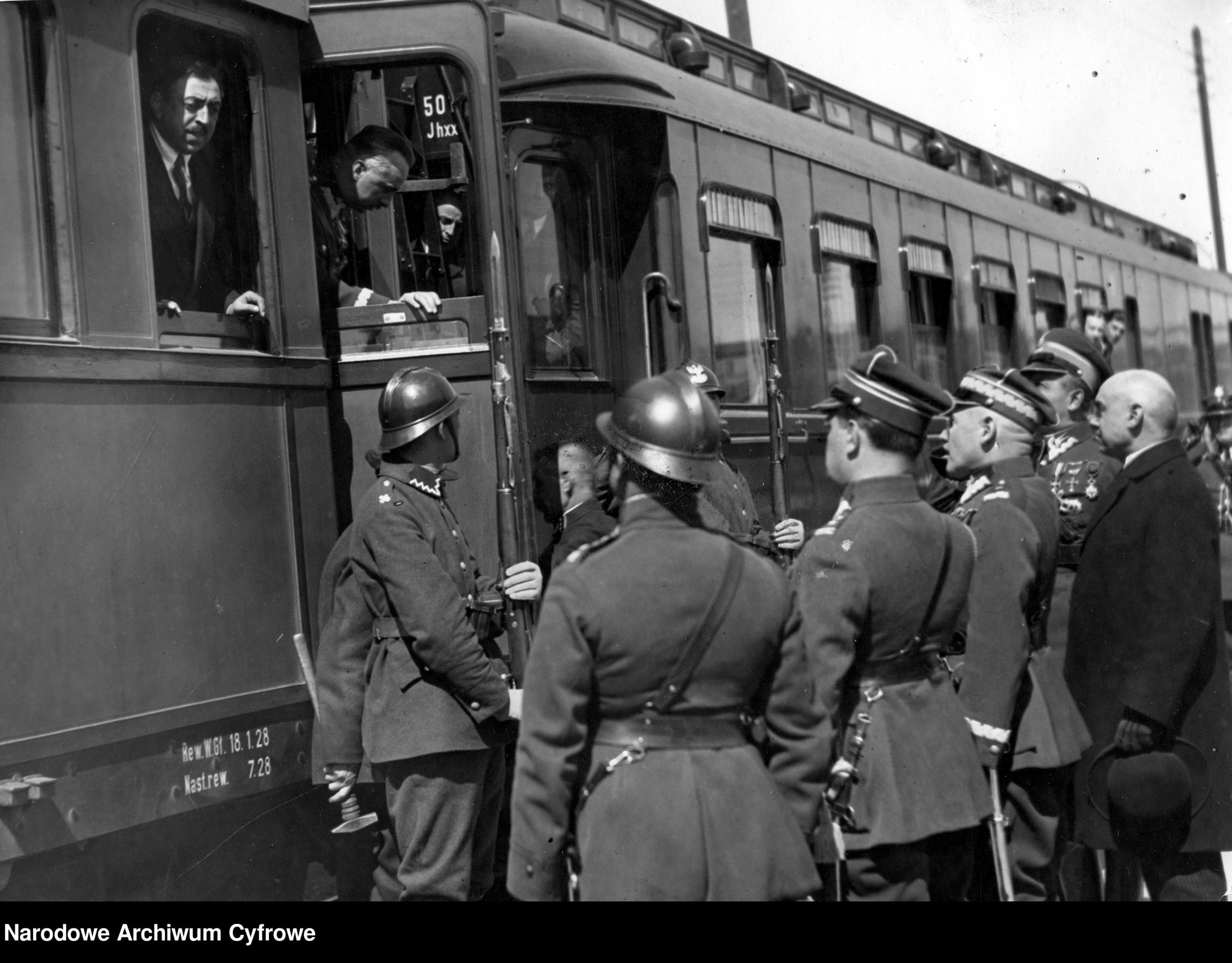 The train arrived on time 12.50, as a military band played the Afghan national anthem. Amanullah appeared at the window in civilian clothes, when General Sosnkowski and Colonel Wieniawa-Długoszewski alighted onto the platform. Local dignatiories boarded, and Deputy Voivode Skrzyński entered the coach and welcomed the king in French; he answered in his own language, expressing thanks for their best wishes and admiration for the Polish army.2

The train then continuted to the Polish border town of Stołpce (now Stowbtsy in Belarus), where Amanullah changed to a Soviet train and was due to enter the Soviet Union at 20.00. The Times reported that the wooden arch spanning the tracks a yard inside the Soviet border had been specially decorated,3 as seen in the photograph.

There were further speeches, guards of honour and anthems at Negoreloye and Minsk.

Amanullah arrived in Moscow on the morning of Thursday 3 May 1928, and went to a villa belonging to the Commissariat of Foreign Affairs where he was to be accomodated. The King then visited Mikhail Kalinin and others, Lenin’s mausoleum and an official reception given by Kalinin.4

Evolution of the gate on the railway border between Kołosowo (Poland) and Nieharelaje/Negoreloe ([Негарэлае/Негорелое] Soviet Byelorussia) during the period between the World Wars.
Photo 1: 1923
Photo 2: 1928
Photo 3: 1935
—
I think it was here: https://t.co/rX5ZUQ0xFF pic.twitter.com/AtkiD0Azl9

A Russian-language photograph archive with images of the official opening ceremony for the Friendship bridge between the USSR and Afghanistan on 12 May 1982, and associated events including a tree-planting ceremony on the previous day.

The photos include a view of the bridge decorated with large photos of Soviet and Afghan bigwigs – I think they are Brezhnev on the left and Afghanistan’s President Karmal on the right(?).

This video includes a road crossing of the Friendship Bridge, starting from about 3:04 in:

This video starts with a black and white photo of the railway:

A video of the road from Hayratan to Kabul in 2009; no trains though:

Some Soviet photos of the Friendship Bridge and Hairatan, showing the railway.

A Soviet map from 1985 showing the railway line to Kushka – Кушка – extending across the border to Towraghondi – Турагунди – in Afghanistan.

The pink and dotted line is the border, with Afghanistan to the south and west, the USSR to the north.

The RIA Novosti news agency has various photos online, including these showing officials at the formal opening of the Friendship Bridge between the USSR and Afghanistan on 11 May 1982, and Soviet military use of the bridge.

A Soviet freight train at Hayratan, with freight being unloaded from railway vans into custom-painted lorries:

And the road at the time:

On a railway-related subject:

Just south of Termez, at Heratan, on the Amu Darya river, diplomats understand that a reinforced steel bridge is being constructed. The aim, it would seem, is to improve the roads and garrison facilities right from the Soviet border to Kabul