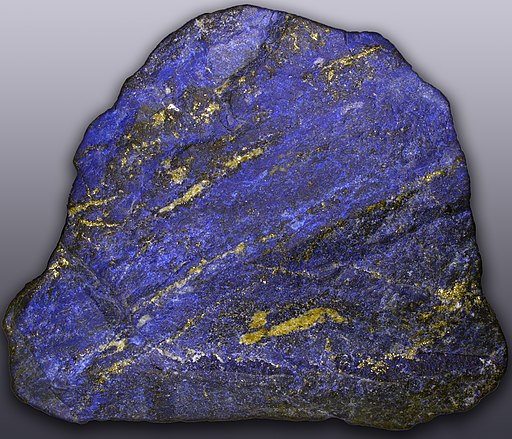 A piece of lapis lazuli from Afghanistan.

During a recent visit to Aqina in Faryab province, Mohammad Shakir Kargar, the Afghan President’s advisor on Central Asian affairs, gave officials the go-ahead for the creation of “security, cultural, infrastructure development, transport and protocol committees” for the start of work on an 36 km railway from Aqina to Andkhoy, reports Pajhwok Afghan News.1

Design work is to be completed over the next two to three months, and construction is to start soon. Faryab province Governor Syed Anwar Sadaat said preliminary works had already begun, and arrangements were being made for a the leaders of Afghanistan and Turkmenistan to attend a ceremony in Aqina to launch the project.

This line would be an extension of the railway from Turkmenistan to Aqina which is nearing completion (perhaps the start of work on the next section will be combined with an opening ceremony?).

Kargar said freight traffic at Aqina is prdicted to be 3.5 million tonnes in the first year, and 10 million tonnes by 2020. He said the Asian Development Bank would provide $200m for another section of line to connect the current projects with the existing railway from Hairatan to Mazar-i-Sharif.

The link from Turkmenistan to northern Afghanistan forms part of the “Lapis Lazuli corridor”, a concept for improving road and rail links between Afghanistan, Turkmenistan, Azerbaijan, Georgia and Turkey, harmonising customs systems and removing other obstacles to trade.